Let’s get the first question out of the way. You’re thinking “J3 why are you calling an anthropomorphic Echidna black?” and my answer is simple… Being black transcends just skin color and race. It is a culture. Now one could argue that cultural appropriation is problematic and I don’t disagree but that is not the point I am trying to make here. Let’s look at music. I think Taylor Swift has made some great music with a lot of black influences lately for example,

That’s black lingo. Players gonna play, Haters gonna hate, and shake it off…. those are our (black community) terms. I love this song. It can have black flavors without being written or produced by black people. Hannah Montana literally made a black album…it was a banger and she called that shit Bangerz. Justin Timberlake, Riff Raff, Iggy Azelea all make black music and seem to embody black culture without being black. I will state again, I am aware of issues of cultural appropriation but that’s not where this is focused. All of that said, I think Knuckles embodies blackness to me.

For some context, back in the 90’s the only black characters I had to choose from were fighting game characters, or the black kid on the skates in Streets of Rage. I think his name was Skate. So I was reaching for anything black for me to identify with. I think Knuckles seeming so cool at the time was a natural fit for this. Coolness and blackness have been inextricably tied together in America through out history. Bell Hooks looks at coolness and black masculinity in her book We Real Cool:Black men and Masculinity and for something a little more light hearted to read Rebecca Walker’s book Black Cool is a good place to start.

Who is Knuckles? Knuckles (video game not comic or show) was introduced during Sonic the Hedgehog 3 & Knuckles add-on for the Sega Genesis. Knuckles is a teenage Echidna who is tasked with protecting Angel Island and the Master Emerald it holds. Knuckles starts out as a foe to Sonic because Dr. Eggman duped Knuckles into thinking Sonic was bad to get the emerald. Knuckles realized this error and then worked with Sonic to beat Eggman. While Knuckles does not have the speed of Sonic, he said to be as strong as Sonic is fast.

Personality wise Knuckles is said to be hard headed, gullible, and he has a very strong temper. These traits have shaped Knuckles adventures with Sonic. He gets angry with Sonic and attacks him, he gets duped by Egg man, and he takes a lot convincing for him to realize the error of his ways. 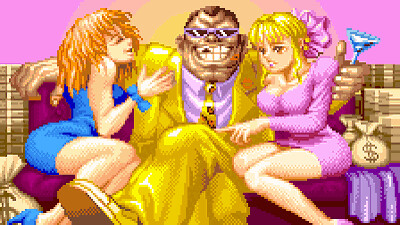 Knuckles love some bling. I’m not talking about classy jewelry but this egg laying rat carries around literal diamonds. He has devoted his life to protecting an emerald. Jokes aside, the black community has been in a constant struggle in American culture. We are marketed to very specifically from McDonalds to Chrysler. Air Jordans have caused more death in our community than any pair of shoes should be able to. As a culture that was deprived for so long, material items took on a lot of importance as symbols of pride and freedom. The most freeing power an American citizen can have is the right to purchase. Black people have not had that right as long as everybody else. 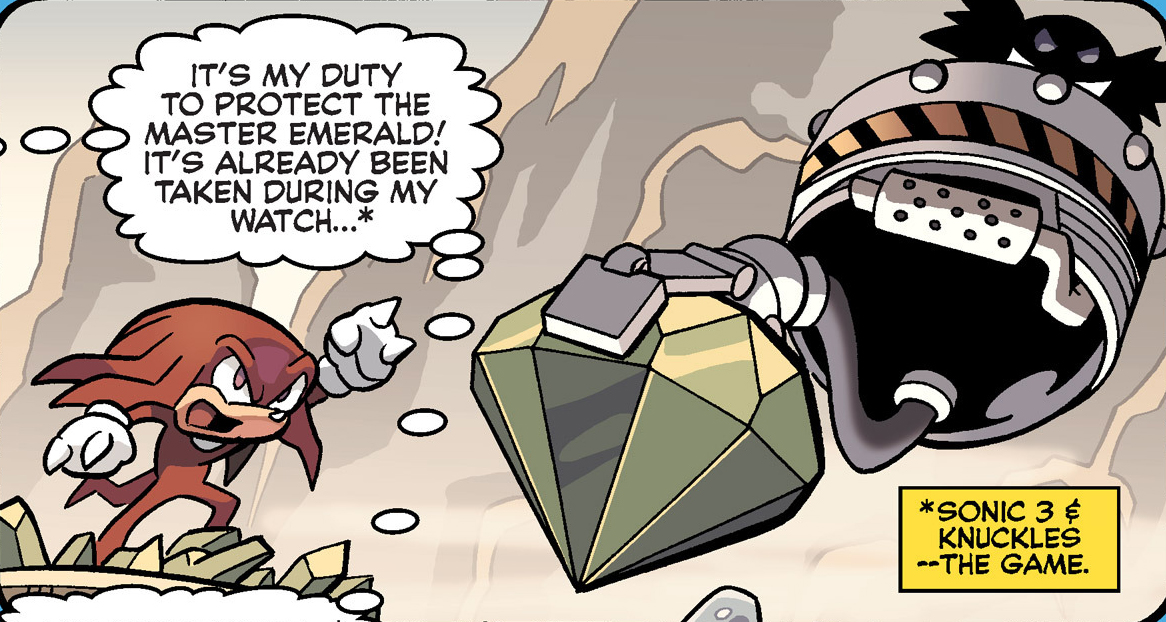 Egg man is white. He keeps taking Knuckles emerald. This isn’t really a stereotype as much as it is a fact. This happens in many ways in America but I will bring up Redlining.

Practices such as these have kept blacks from being able to create generational wealth. Literally keeping people unable to move into certain neighborhoods and get loans for business is crippling in many ways. It’s hard to keep your emeralds when they are systematically taken away from you.

He has dreadlocks. His sprite is super detailed and all the detail goes into his hair.

Black men have been characterized as violent since the earliest days of slavery. The violent portrayal of black men is a daily occurrence on the local news and in media everywhere.  Knuckles name is knuckles, and he has built in brass-knuckles. He also fights Sonic with zero provocation.

Is Knuckles Problematic? No, not in my eyes. He has pride in his community and where he comes from. He also seems to be hearkening back to a diaspora, living his days as a creature removed from his original homeland that is nothing more than a floating island on it’s last leg. The black community in America has been described as diasporic due to our lack of true to connection to Africa even though we are clearly of African descent. Africa is such a large and diverse land that saying you are of African descent as a blanket statement does a disservice to the diversity of African cultures as a whole. Due to the nature of the slave trade, all we as a community have are remnants of a connection. Much like Knuckles and his past, he clings on to this Emerald and this island because it is all he has to connect to his people.

Knuckles is loyal and lives his life to serve and protect the master emerald. Also, in the 90’s he was the most positive black role model I had in gaming (compared to Balrog and…. Skate or was it Blades……that kid from Streets of Rage…the black one..).

Thank you for reading check out my podcast I record with the G Man on the High Voltage Radio Network! We are on the Ebony and Ivory Cast!